In this tutorial we'll cover the idea behind the CrossTable. In the next article we'll walk you through creating a CrossTable from some sample data.

For a quick review of what a Pivot table is and how they work, head over to the Pivot tables review article.

In Chartnado, the CrossTable concept expands on the basic idea of the Pivot table. To recap, a pivot table provides the following things:

The important point is #3: The source rows are filtered to only include the relevant values for Row and Column in the pivot structure, but the result of that filtering effectively gives you a new table.

With a CrossTable you can take the rows that are the result of the filtering from the intersection of each row and column in the pivot structure and make a complete visual, like a chart.

So to go back to our pivot table example, suppose we had the following data in an Excel data table:

Now from our discussion of pivot tables we know that the number 3200 at the intersection of Year: 2019 and Color: Green comes from the fact that the original data was effectively filtered to only include those rows before the calculation for sum of Amount was done, giving us these rows:

However, those rows contain more information than can be further grouped and calculations made from it, if used appropriately. That fact is the basis for the CrossTable.

With Chartnado instead of just being able to visualize numbers in each pivot cell we can make a whole chart. So, if we were to again use the values [2019, Green] in our example you could make a bar chart that showed the total sales for Canada vs the United States, like so: 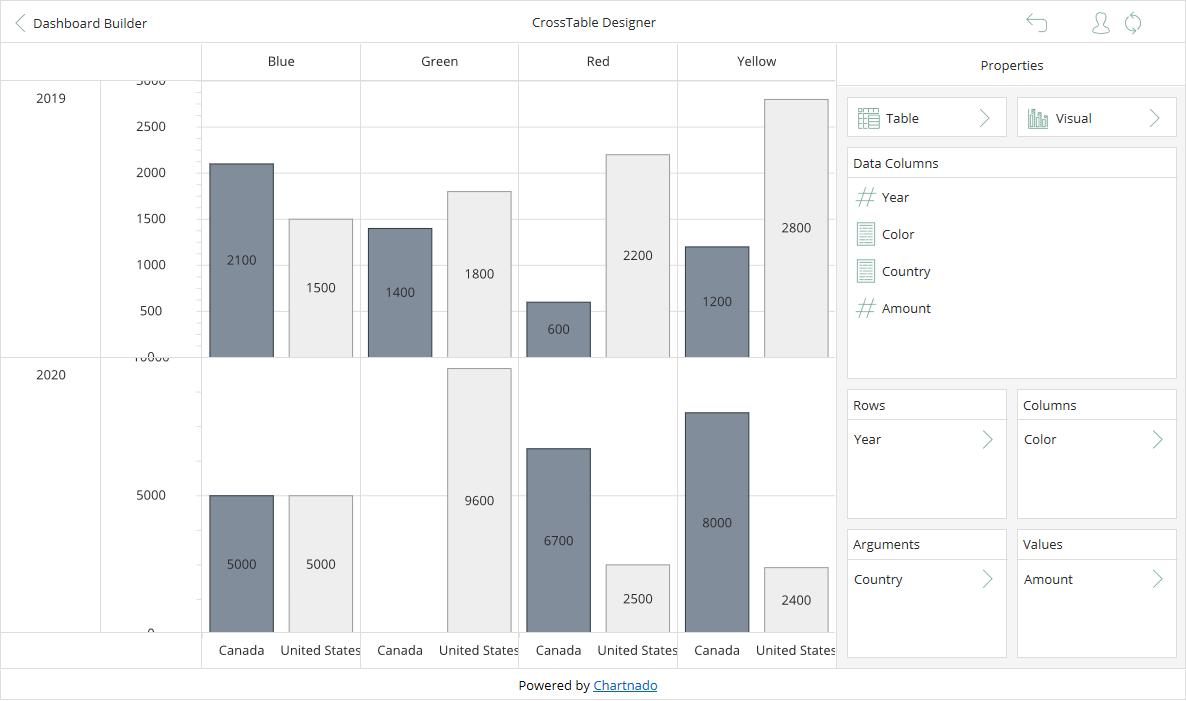 If we examine the cell for our [2019, Green] example you can see the chart for that cell: 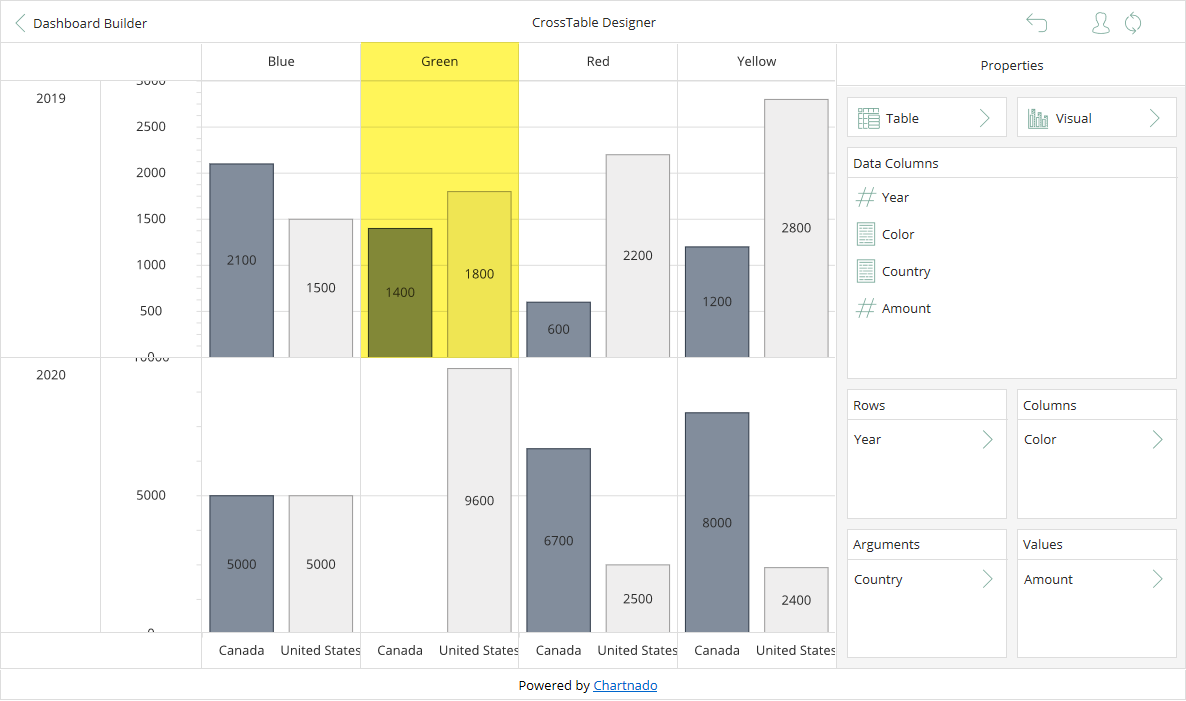